This carefully co-ordinated Joint Proposal covers the spectrum from personal to social to collective concerns. It was conceived by the presenters working as a team as a response to the overall themes of the Congress. We plan for discussion between ourselves as well as with the participants. Huan Wang (London) will talk about the Intimate Relationships in China Today: Government Policy as a Source of Interpersonal Tensions and present a clinical vignette showing how Jungian psychotherapy can promote sustainable dialogues. Stefano Carpani (Berlin) will address the question: Individuation and/or Individualization? to argue that individuation should be considered as a way of negotiating the psychosocial tensions between anomie and autonomy. Andrew Samuels (London) will address another question: Analysis and Activism: The Way Ahead – Or a Futile Cause? His purpose is to create a space in which people can continue to decide where they stand in relation to the problematic of ‘analytical psychology and politics’. 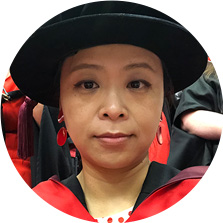 Huan Wang, Ph.D, (London), is a graduate of University of Essex, and currently, is a candidate of the SAP (Society of Analytical Psychology, London) and a member of the BACP (British Association of Counselling and Psychotherapy). She is the author of Intimate Relationships in China in the Light of Depth Psychology: A Study of Gender and Integrity (Routledge: London & New York, 2020).

Stefano Carpani, M.A., M.Phil. (Berlin), is an Italian sociologist (Cambridge) and psychoanalyst (CGJIZ/IAAP) in clinical practice in Berlin. He is the initiator of the YouTube series Breakfast at Küsnacht and among the initiators of Psychosocial Wednesdays. He is the editor of Breakfast at Küsnacht: Conversations on C. G. Jung and Beyond (Chiron, 2020), The Plural Turn in Jungian and Post-Jungian Studies: The Work of Andrew Samuels (Routledge, 2021), The New Ancestors: Anthology of Contemporary Classics in Analytical psychology (Routledge, forthcoming 2021) and Freedom after Freedom: Individuation in an Individualized Society (Routledge, forthcoming 2022).

Andrew Samuels (London), is in clinical practice in London and also works as a political consultant to politicians, activist groups and Britain’s National Health Service. His books have been translated into 21 languages and include Jung and the Post-Jungians (1985), The Father (1986), Critical Dictionary of Jungian Analysis (1986), The Plural Psyche (1989), The Political Psyche (1993), Politics on the Couch (2001), A New Therapy for Politics? (2016), Persons, Passions, Politics, Psychotherapy (2018).
www.andrewsamuels.com