Argentina, with almost 3.8 million square kilometers, is located in the southern hemisphere of the Americas. It borders Paraguay, Brazil, Bolivia and Chile at its borders and with the Atlantic Ocean to the east. The country is divided into 6 regions for tourism and politically in 24 provinces. Its population is 40 million inhabitants (Census 2010).

It is common to describe to Argentina for its striking contrasts, products of its rich and varied geography. From the Andes to the west, bordering north to south the country on the border with Chile, with its highest peak at 6,959 meters with the Aconcagua, to the Pampas plains and the Atlantic coast, passing through mountains, numerous forests, jungles, deserts and fertile valleys, biodiversity of ecosystems also facilitates. Many natural sites found in the country, have been protected as areas or reserves and national parks. Some of the major milestones of nature reach greater recognition in his capacity as World Heritage by UNESCO.

Coincident with its main feature based on diversity, Argentina has a wide climatic variety. Mild and humid in the Pampas, cold and humid plains in the western Patagonia, subtropical in Mesopotamia and warm in the Northwest. Higher elevations at all latitudes are experiencing colder conditions, with an arid climate, where the temperature range is another common feature. 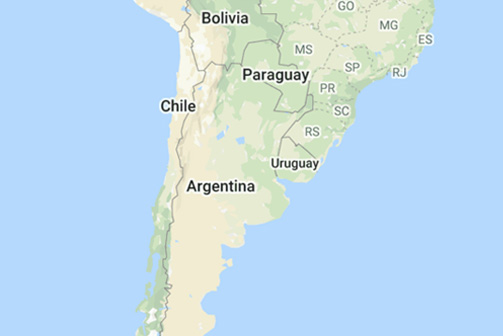 Buenos Aires is the capital and largest city of Argentina. They live there about 3 million people. Adding the population of the metropolitan area, the total population exceeds 10 million, making it one of the 10 most populated urban centers in the world.

In the nineteenth century, Buenos Aires port was the arrival point for the great migratory wave promoted by the Argentine State to populate the nation. Spanish, Italian, Syrian-Lebanese, German, Irish, Polish and Russian immigrants provided Buenos Aires with the cultural eclecticism that distinguishes it.

Throughout the twentieth century, successive immigrations, from Latin American and Eastern countries completed the picture of Buenos Aires as a cosmopolitan city where people live in different cultures and religions.