Dreaming in Times of Turmoil

As analytical psychologists, the onset of the COVID-19 pandemic spurred our curiosity to engage in a widespread collective study of dreams during this significant and unprecedented international crisis. We created a dream survey that was circulated in the United States and internationally during the first five months of onslaught of the COVID-19 pandemic. The survey of Dreams in Times of Turmoil ran between March 13th and August 13th 2020 and has gathered over 500 dreams from men and women from 13 countries, including nearly 30 Russian language dreams. In this paper we intend to provide a basic quantitative analysis related to the correlational data we have gathered through the survey. However, our primary interest is to engage with the dreams from a qualitative and heuristic standpoint with a focus on collective trauma and apocalyptic themes. We are not exclusively classifying the dreams based on pre-existing notions of apocalypse. Rather we will be analyzing the symbolic material (cross-cultural) vis-à-vis the dreams as they may potentially express new patterns in the collective during this global crisis. The notion of attending to dreams as a political, ethical, and psychological act emerged, hence our perspective is that dreaming itself is a practice of freedom, a practice of soul-making, and a key ingredient in psychological transformation both individually and collectively. 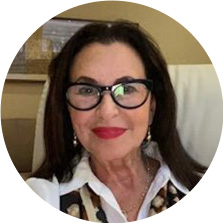 Ronnie Landau MA, LPC, is a Certified Jungian Psychoanalyst and senior training analyst and supervisor with the Inter-Regional Society of Jungian Analysts and the Philadelphia Association of Jungian Analysts. Her private practice is in Philadelphia, Pennsylvania. Ms. Landau has served the Jungian community in her previous roles as President and Director of Training for the Philadelphia Association of Jungian Analysts and Secretary of IRSJA. She is currently President of CNAJSA (Council of North American Jungian Societies). Ms. Landau is currently interested in cultural trauma and the impact of these forces on the psyche both individually and collectively.

Roger Brooke, Ph.D., is Professor of Psychology at Duquesne University and has been a Jungian oriented psychoanalytic psychotherapist for forty years. His book, Jung and phenomenology, was republished in 2015 as a classic edition. He is an Affiliate member of the Inter-Regional Society of Jungian Analysts and Adjunct Faculty of the Pittsburgh CG Jung Institute analyst training program.