Enforced Disappearances and Torture Today: A View from Analytical Psychology

The crimes of enforced disappearances and torture, sometimes distinct events and more often combined, have a painful and tragic history that is notorious to Latin America. However, they are not phenomena that belong to the past but still have their own relevance today, since they continue to manifest themselves in several countries in different political and historical circumstances all over the world. Enforce disappearance and torture are used as part of a pressure authoritarian governments exert on civilian population, especially on human rights activists, in other cases by democracies in the fight against terrorism, or they are in some way connected to contemporary lucrative illegal activities (financing terrorist groups or unlawful combatants), to espionage activities, and migratory movements, etc.

This Joint Presentation will explore the two phenomena and their interconnections providing a view from analytical psychology perspective covering collective and clinical issues about the connection between absent bodies and inner presences, and the hyper-present body in the therapy with survivors, with help of presenters in dialogue with the audience. 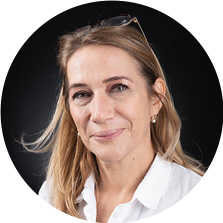 Maria Giovanna Bianchi (Geneva), PhD, works as human rights officer at the United Nations and as Jungian psychoanalyst in private practice in Geneva. Between 2008 and 2018, she was Secretary of the United Nations Working Group of Enforced and Involuntary Disappearances and Secretary of the Committee on Enforced Disappearances. She coordinated the work of experts during missions in several countries and helped in determining the fate of disappeared persons. She speaks at international conferences and authors articles on the “trans-disciplinary” of human rights and analytical psychology. 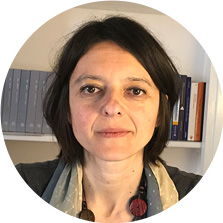 Monica Luci (Rome), PhD, clinical psychologist, jungian and relational psychoanalyst, works in private practice in Rome. She collaborates with NGOs and national and international institutions in the fields of research and psychotherapy with vulnerable migrants, especially survivors of torture, trafficked women and unaccompanied minors. Author, translator, and editor of publications on the themes of trauma, torture, displacement, dissociation and collective violence, among which the monographs Torture, Psychoanalysis & Human Rights (Routledge, 2017) and Surviving Torture (Routledge, 2022).